What is having gratitude? Is it being grateful towards someone when they help you, or is it trait that one learns to acquire or possess as an outlook in their life? If you speak to someone who studies spirituality or religion, the phrase will no doubt come up at some point, but are they truly grateful for whatever, or do they feel that having gratitude is necessary for them to evolve?

From a philosophical viewpoint, gratitude is something that is personal to the self and is when there is honest and true appreciation for something. The problem with spiritual or religious gratitude is that it seems too contrived and even corny. I once joined a Facebook group with a Gratitude Circle more out of curiosity then anything to see what people felt the need to express gratitude for. Things varied from being grateful for waking up, the clear blue sky, and other things such as friendships, and events that happened such as say the neighbor who stopped to give you a lift in the rain. But how do you measure gratitude? Surely there are different levels? I never posted on the group because it would have been disingenuous of me, because there isn’t actually much I am truly grateful for at present. Instead, I found that it was a space for people to boast, and vent and it didn’t inspire me, although some felt it helped them so maybe it served a purpose?

To me, gratitude should be from something unique and that affects and changes your life or day. Yes, one should be grateful for food, shelter, and the basics, but in reality while those things can be lost if you are homeless, for most people they are the norm. That isn’t to say I don’t have gratitude for somethings as I do, in particular some friendships, and the kindness I have seen from strangers. Other than that I am fairly cynical of the world for very few people do things without wanting anything in return, or those who don’t appreciate the trouble people have gone to in order to help them.

When I lived on a spiritual retreat, the concept of gratitude was destroyed in the weekly meeting where everyone had to take a turn and say what they were grateful for that week. It reduced gratitude to such foolhardiness I dreaded my turn. People came up with ridiculous things for the sake of it, such as being grateful for the cook who made their favorite dish of mac n’ cheese that week, to someone saying they were grateful for me organizing a pick up for them from the airport. I tried to smile and nod, but the fact is it was my job as I worked on the front desk answering the calls from the sole phone in the building. He had nothing to be grateful for as I was merely doing my job, and I hadn’t gone out of my way to help him. Gratitude should stem from a selfless act that is freely offered. I hadn’t offered and it wasn’t a selfless act. When you debase gratitude, then it loses the sentiment it actually stands for.

On one occasion someone did express gratitude towards me, and I accepted it with grace. It was from a young college student who had driven up from New Haven to the Berkshires to see if working and staying on a spiritual retreat would help him find himself. He’d arrived late that Thursday and I had got back from Vermont after a day out putting the center’s magazine out wherever we could. I’ll admit I felt a little like a member of a cult doing it, but I knew I could leave whenever I wanted, plus it was an excuse to get out of the center which was seeming more like a prison. Anyhow, I arrived in time for dinner and the newcomer with news of the outside world and fresh tales livened up the evening.

The next day was Friday when people would arrive for the workshops so everyone was busy. I was off that day but had to stay around as I had been assigned KP (Kitchen Patrol ~ a name for washing up) duty. That was one of the problems; when it’s a day off it should be that, but meant I was limited in what I could do that day as I had to be back by 6 p.m. so a relaxing day out wasn’t actually possible without fearing being late. I couldn’t even read or write anywhere because the lounges were being cleaned, and so I was reduced to a corner in a corridor where I sat and chatted to the young lad.

I listened mainly, but told him he should go back to Princeton as he only had 6 months left, and then go off on a nomadic trip to discover himself. I also told him that giving up college to come to the spiritual retreat for 3 months would be a mistake, and confided in him I was  planning to leave as soon as I could. It’s not about the place you are at that can give you clarity and comfort, but it comes from within. Too often we think it we go to a certain place, then magically things will appear and get resolved. They don’t; we may get inspired by nature or by those we cross paths with, but a place alone doesn’t ensure or deliver wisdom, or peace of mind. In fact I admit each day I began with a coffee in a takeout cup and a cigarette by the lake to help me get through the day. Out of all the places I have been to in the world, this was the place I shouldn’t have felt that way.

He had packed all this things and seemed intent on not returning to Princeton, but I reminded him to keep all options open. For some, 6 months seems a long time, but in fact it isn’t and I said if he sticks it out, he would have a bit of paper that could open more doors for him, and it would also give him time to decide what to do. There were options; he could always return and then redo the final year as well if he really wanted to leave so he had choices as well as never to return to Princeton.

I told him a bit about my story, and I had managed to talk him out of staying on at the retreat at least. He decided to head back to New Haven before dinner, and we bade farewell, and I was relieved I had at least saved him from being spiritually discouraged if he had stayed. About 10 minutes later he walked back in and hugged me and said he had decided to stay on and finish at Princeton. He then produced some pages torn out from his favorite book to give to me to show his gratitude. I can honestly say that is the most genuine and beautiful gift anyone has ever given me.

Recently I have experienced people who haven’t shown any gratitude, and who maybe don’t realize that in an attempt to help them it did take up my valuable time and effort which was wasted. What I have learned is that if you are too openly helpful this can be abused. I helped out some elderly neighbors with small tasks such as shopping or changing a lightbulb, but recently it seems to have been taken for granted. There’s a 97 year old who can’t leave the house and she wanted some slippers but no one would help her buy them, so her friend offered to buy them as a gift, and I offered to look online and order them for her. Anyhow, after the first attempt the size she told me was too small and her feet had bandages on and water retention so I reordered two sizes up and two pairs. One fitted but she didn’t like the elastic that held the slipper in place and the other seemed too big. Given it’s summer and not the season for slippers, there is little choice and to be honest I was annoyed as I had to send them back. Neither of the elderly who are both in wheelchairs appreciate the hassle of walking a mile to a post office to mail them back, when the slippers actually fitted and were a gift. Apparently she rang to say don’t bother to reorder, although I had already decided, my generosity had been stretched too far already.

You see one must be able to differentiate from the different levels of gratitude, where someone goes out of their way to help as opposed to an inner gratitude of being grateful when you appreciate what you have usually because you haven’t had it before or have lost it at some point. However. gratitude should not be debased, for we can be grateful on many different levels, but trying to find things to be grateful for is unnatural. There is nothing wrong if there isn’t anything you are grateful for, and it doesn’t make you a bad person either. Gratitude comes from within and naturally without having to think about it, and there is no price tag on it. Should we be grateful each day for something? That is for you to decide because it’s personal and you don’t need to share it with anyone. 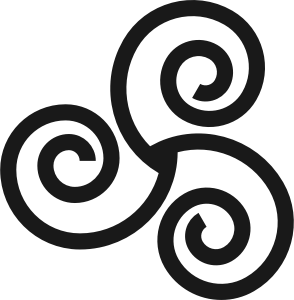 The Shift, The Coronavirus Pandemic, And Challenges To Humanity

Jumping Off A Cliff